Helen Fielding (born 19 February 1958) is an English novelist and screenwriter, best known as the creator of the fictional character Bridget Jones, and a sequence of novels and films beginning with the life of a thirty something singleton in London trying to make sense of life and love. ''Bridget Jones's Diary'' (1996) and '' The Edge of Reason'' (1999) were published in 40 countries and sold more than 15 million copies. The two films of the same name achieved international success. In a survey conducted by ''The Guardian'' newspaper, ''Bridget Jones's Diary'' was named as one of the ten novels that best defined the 20th century.

''Bridget Jones: Mad About the Boy'' was published in autumn 2013 with record-breaking first-day sales in the UK exceeding 46,000 copies. It occupied the number one spot on ''The Sunday Times'' bestseller list for six months. In her review for ''The New York Times'' review, Sarah Lyall called the novel "sharp and humorous" and said that Fielding had "allowed her heroine to grow up into someone funnier and more interesting than she was before". Late 2016 saw the release of the third movie: ''Bridget Jones's Baby''. On 11 October 2016, and the publication of Fielding's sixth novel, ''Bridget Jones' Baby: the Diaries'' based on Fielding's original columns in ''The Independent'' newspaper on which the movie — which broke UK box office records — was based.

In a 2004 poll for the BBC, Fielding was named the 29th most influential person in British culture. In December 2016, the BBC's ''Woman's Hour'' included Bridget Jones as one of the seven women who had most influenced British female culture over the last seven decades. Provided by Wikipedia
1 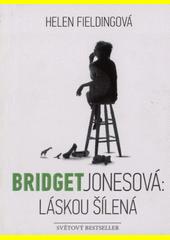 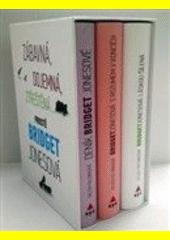